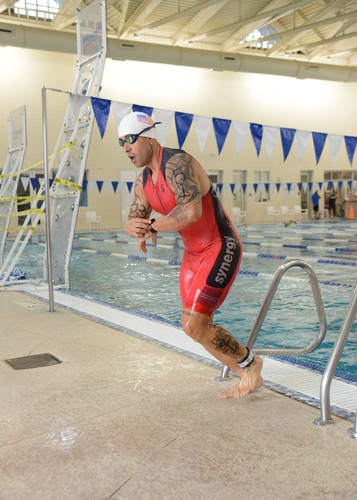 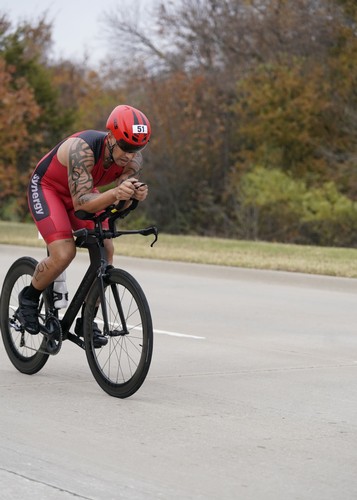 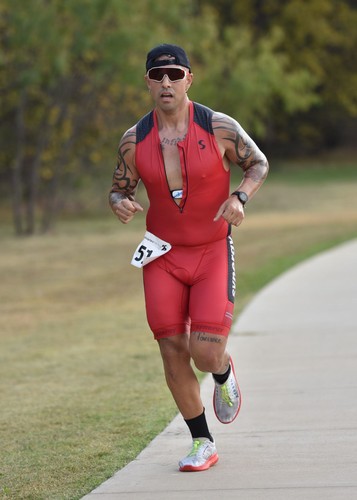 This is just a race recap of my most recent race I did on November 8th, 2020.  This was also the very first Triathlon that I have signed up for since I started training for an Ironman in June of 2020.  There is nothing specific about a Sprint triathlon that I was training for.  I am Currently training for my A races (Galvaston 70.3 and Ironman Tulsa) using Training Peaks advanced programming.


I chose to do this race simply to get the experience of being in a race.  To learn what it is like to go from stage to stage and working through the transistions.  This was going to give me a better idea going into my first A race in Galvaston 2 weeks later.  I did attempt to do an olympic distance back in september but of course, due to covid they had to cancel.  I shortly followed up that cancelation with my own olympic distance tri but of course doing my own will not prepare me for things that could happen during a race when your competitive juices are flowing.  This is my recap.


Coming into the race I had a general Idea of what I wanted to accomplish at each discipline based off of my training times.  They are as follows:


Going into the swim I knew it was short and I knew it was going to be fast.  We did not have an opportunity to warm up due to the way we had to start because of social distancing, so we went in cold.  My goal here was to just get within the time I had planned, not blow up, and hopefully not get passed by too many people.  Swim did feel hard going in cold and I may of went out a little hard.  Passed by 4 people but did maintain my goal time finishing the swim a little faster than planned in 4:28:01.


Transition from the swim to the bike felt smooth but this is where I made my first mistake.  Everything went smoothly and as planned until I ran to the mounting area and realized that I had clipped in my shoes the night prior onto the wrong pedals.  At this point I had to get off, drop the bike, unclip my shoes, put them on normally, pick the bike back up and get moving.  Knowing the bike was only 12miles I knew I had to try and push the power and speed and hold on without blowing up.  The bike was a great time for me and where I made up alot of ground after the swim.  I ended up holding power numbers and speed numbers that I havent seen in training before and along with that passed 18 other athletes.  (Was fun to tick the box as you passed them :D).  I surprised myself finishing the bike in 29:52.06 even with the delay at the start.


Transition from the bike to the run also went very smoothly all the way trough and very fast.  For the run my main goal was that I wanted to hold a sub 7min mile for the 5k as I have held close to that on easy 5k+ off the bike runs in training following a 2hr+ bike rike.  Run felt very good.  I did get a little side stich that went away eventually.  I did pass 4 athletes on the run and got passed by 1.  Fortuanatly I did get passed because the course was not well marked in a spot and luckily he knew where he was going.  If not for him being in front of me I may have went in the wrong direction.  Finished the run doing what I wanted and kept and avg pace of 6:47/mile and a finishing time of 20:56:02.


Overall the race went way better than anticipated and I did everything I wanted to an more.  I think this was a very good learning experience and making those mistakes on the bike was good for me to do.  After finishing so well and seeing what I can be capable of has given me great confidence going into 70.3 Galvaston.  While it will be significantly longer and with higher level athletes I look foward to doing the race now and seeing what I can do.

Nice race man! Keep up the work and good luck with your future races!
Kalani Scott 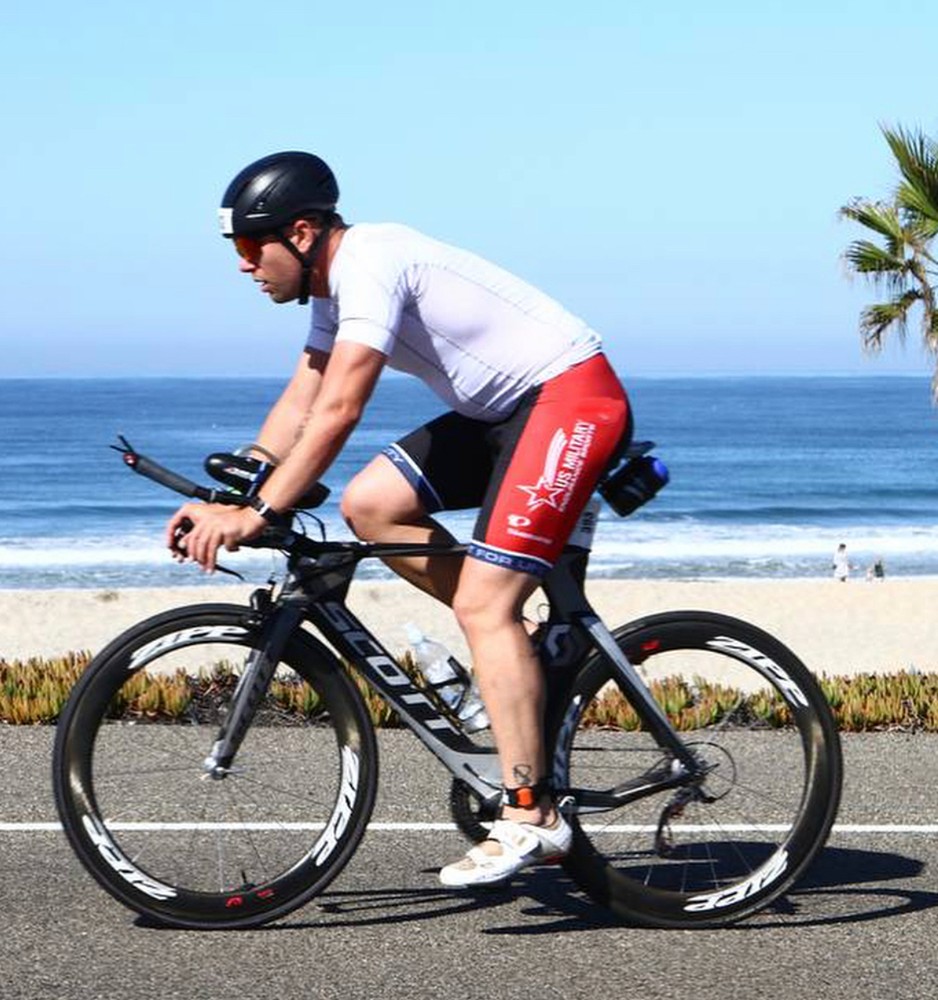 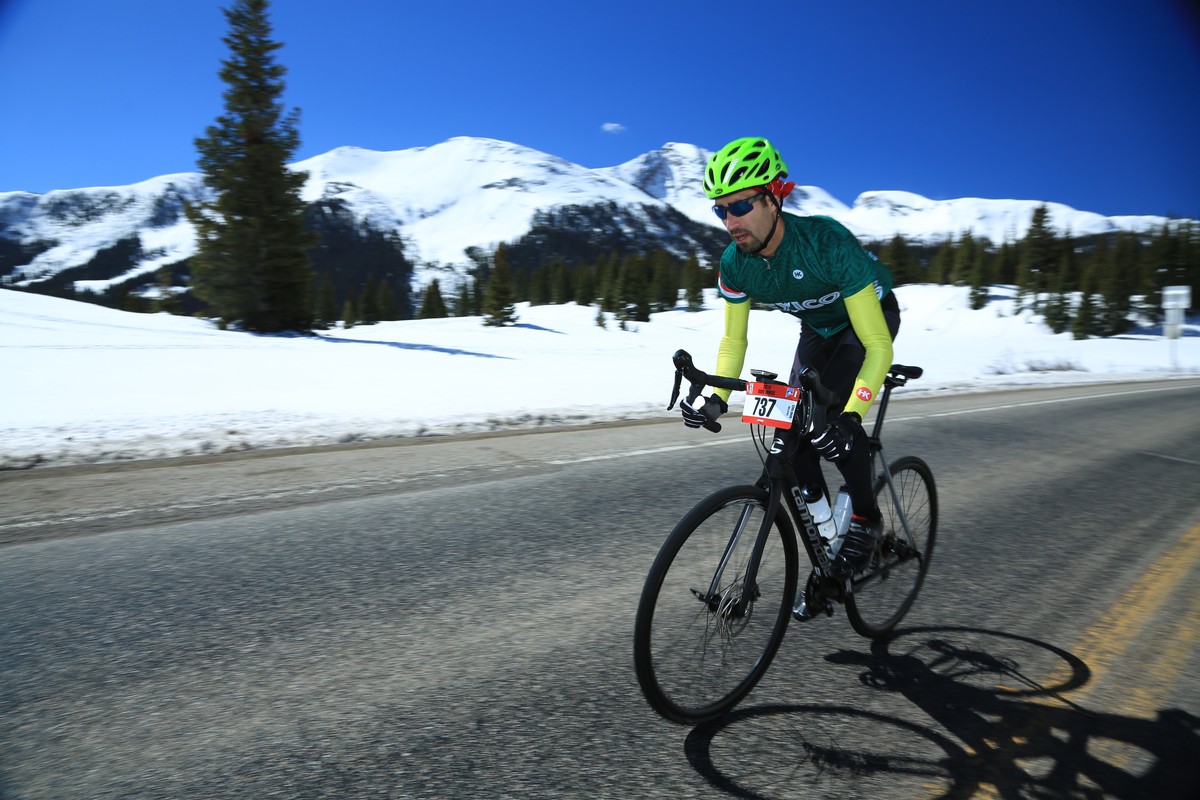 Good work, that's a strong performance on the bike and overall in the triathlon